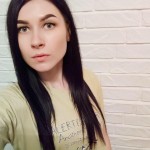 Steve Coogan and Rob Brydon deliver a relentless verbal sparring match that may be funny. You can see it free with ip-locations org help.

As the story begins, The Observer asks Steve (Coogan) to review fine restaurants throughout England's Lake District and Yorkshire Dales. Steve envisions an all-expenses paid getaway with his beautiful girlfriend, but she backs out at the last minute. With no takers for his offers, Steve finally asks his longtime friend Rob (Brydon). From the moment the two hit the road, the competitive showdown of impressions (including a dueling Woody Allen, Michael Caine, Sean Connery and Al Pacino) and bickering begin.

On the road, Coogan and Brydon discuss the merits of relationships and the importance of career. These conversations appear to be an attempt to say something important, but are not clearly articulated. While happily married Rob has decidedly unsexy phone sex with his wife, Steve has a few clandestine trysts along the way. And any empathy or sympathy those earlier conversations may have garnered are lost. While Rob seems like a lovable jester, Steve seems like a cheeky egoist.

"The Trip" wants to be a travelogue that inspires the foodie in the way "Sideways" inspired the oenophile, but neither the trips nor the destinations have enough gravitas to make that happen. And unfortunately the clearly orchestrated kitchen and inn scenes somehow seem merely bland and redundant. They just can't compete with Coogan and Brydon's banter.

Winterbottom originally brought Coogan and Brydon together for six 30-minute episodes in which--big surprise--the two men tour the Lake District's restaurants. But taking the leap of editing the TV footage into a feature length film doesn't make the grade. Too much of a good thing is truly not a good thing.